I love soups, especially in the winter season. Now who doesn’t?! They are warm, comforting and pretty filling, and make a wholesome meal as well. I have always wanted to try tortilla soup, but restaurants add chicken broth to the soup and being vegetarian, I have not been able to find tortilla soups that are vegetarian. 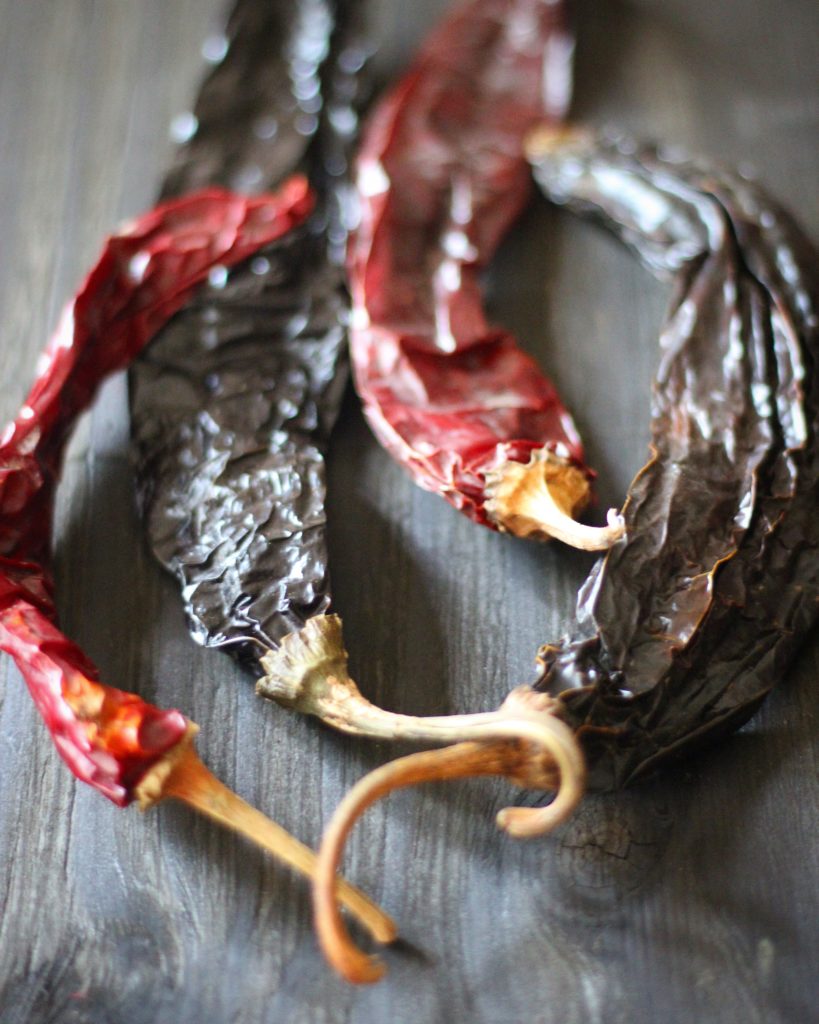 On our recent trip to Puerto Vallarta, I took a cooking class to make a Mexican meal. The chef owned a catering business, but then he decided to quit his business to start a cooking class from home. He and his wife were so hospitable, and made the most fantastic home cooked mexican meal that I had ever eaten! We made Hibiscus Tea, Pablono Chile Tamales, fresh homemade tortillas, 4 different kinds of salsa, Guacamole, Vegetarian Tortilla Soup, all  from scratch! I was full and completely satisfied by the end of the meal and wished I could have taken the leftovers to my husband! I really enjoyed the cooking class, and it opened my eyes to more than just tacos, and quesdillas! 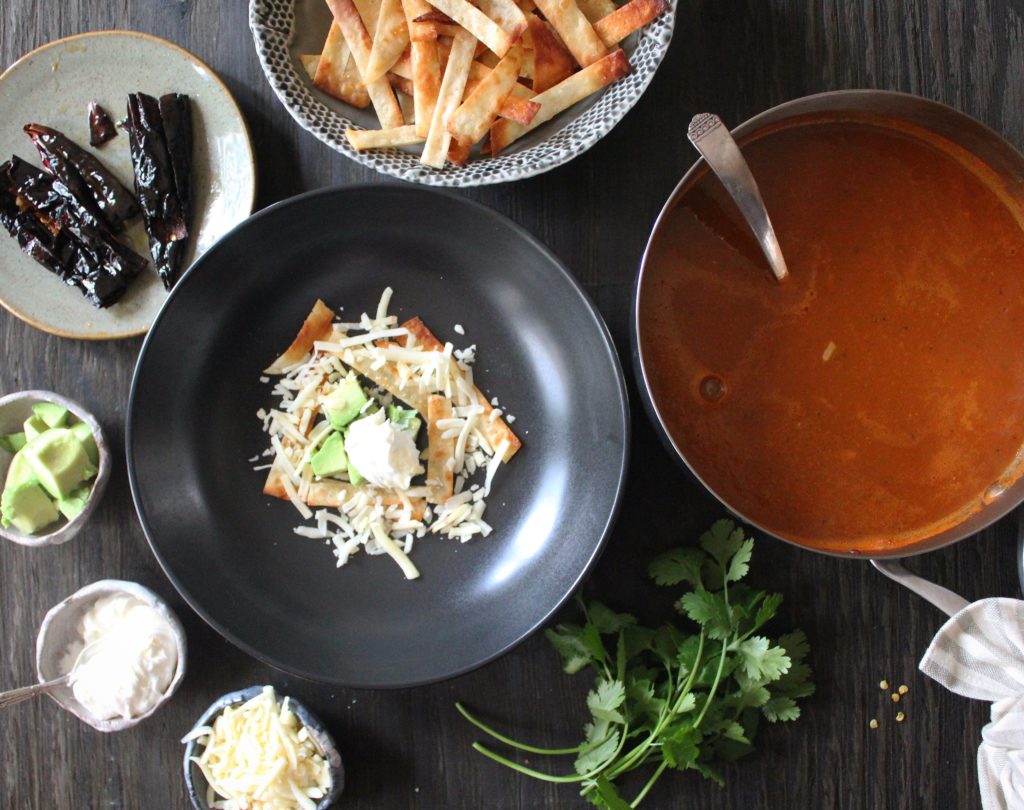 I am sharing the Vegetarian Mexican Tortilla Soup recipe that I learnt to make at the cooking class. 2 types of dried chiles are used : Pasilla and Guajillo,  which impart a lot of flavor to this soup. The soup from start to finish takes not more than half hour to make. While the tomatoes are boiling, I fried the chiles, garlic and tortilla chips, kept it aside. I chopped up the guacamole, whipped up the sour cream or creme fraiche, and chopped up some cilantro as well.

This soup is so flavorful, my husband could not get enough of it! He added rotisserie chicken to the soup and loved it! My 7 year old loved the soup and asked for seconds! This soup can be made vegan by not adding the cheese and the sour cream and it would taste equally delicious! I have made it quite a few times since I learnt to make the soup! 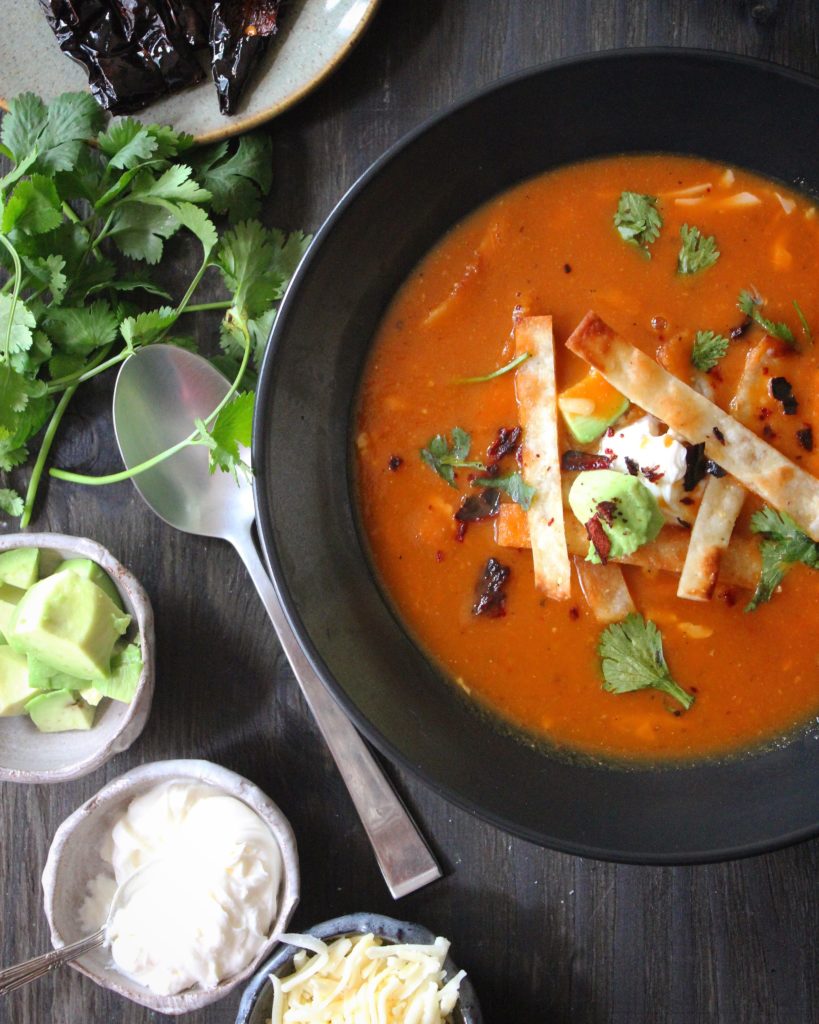 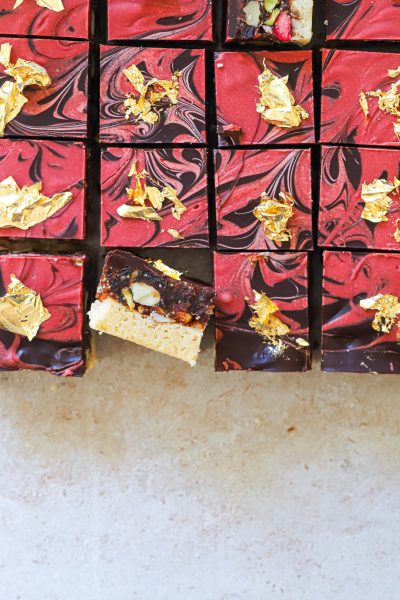 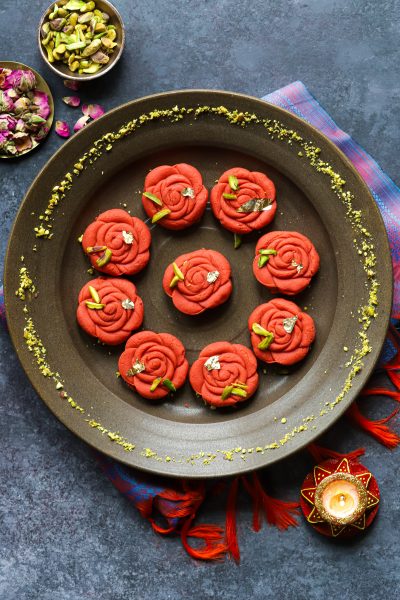 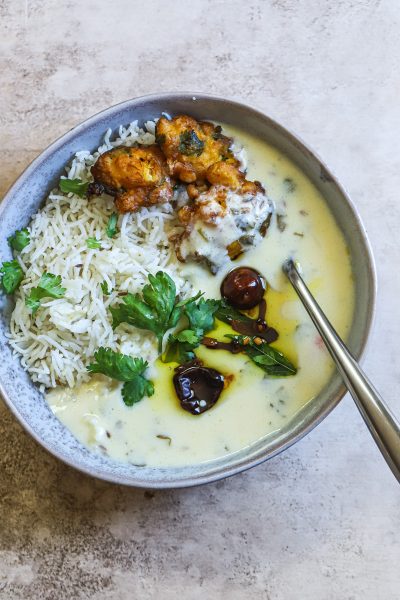